Col. Martha Morris, Arizona Wing commander, calls Civil Air Patrol’s National Cell Phone Forensics Team “The League of Secret Super Heroes.” “They work in the dark of night, many hours, sifting data and saving lives with no one knowing who they are or what they do,” she said. 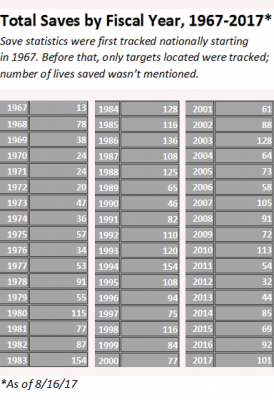 The team, consisting of Col. Brian Ready and Maj. Jerad Hoff in Arizona and Maj. Justin Ogden in Virginia, is one of the main reasons CAP has been credited with 101 saves so far in fiscal year 2017, far above the organization’s annual average of 80. CAP crossed the search and rescue century mark for the year this past weekend, when the cell phone team was credited with two more saves by the Air Force Rescue Coordination Center.

“Technology is the key,” said John Desmarais, CAP’s director of operations. “The cellular forensics guys are continuing to provide more and more assistance every day, and making huge impacts.”

The weekend missions involved an injured hiker on Crestone Peak in Segauche County, Colorado, and a missing brother and sister who had been hiking Three Fingered Jack, a mountian in Linn County, Oregon.“In the latter case,” Hoff said, the pair “had called 911 but the coordinates from the 911 system didn’t match with the location the objectives said they were at.”

The cellphone team works with ground search and rescue teams to narrow search areas by using data obtained from cellphones to focus on specific locations.

Ogden added that “being 0.3 miles wrong in some of these mountains is a big deal. Our data, tools and efforts help provide searchers with better insight into location information available from all data sources.”

Since its inception the team, which collaborates via videoconferencing, has worked with CAP’s National Radar Analysis Team on missing or overdue aircraft, the Coast Guard on overdue or distressed vessels, the Alaska Rescue Coordination Center, the National Park Service and public safety and volunteer SAR teams across the nation.

“The sheer volume of searches they accomplish is staggering — many a week,” Morris said. “Almost every Sunday night, when someone has not returned after a weekend of fun, the team starts a search at bedtime that goes until the wee hours of the morning.

“Rarely do they get credit and oftentimes are reported in the media as ‘searchers,’ when they were the ones to point the search teams to the correct location. It’s my privilege to help support their efforts,” Morris said.

“Typically, 911 data is the most accurate information we can find during a search, but surprisingly after analyzing data from the cell carrier, we were able to confirm to the SAR team that the location the (hikers) said they were at was correct, which was 0.3 miles away from the position being given by the 911 system,” Hoff said.

Ogden stresses that, when called, the team is part of an entire search organization.

“It takes a full range of talents, skills, capabilities and resources to get the job done — we’re one piece to the puzzle,” he said. “We collect clues and data and present findings to the incident commander or search planners. It’s rewarding when our clues direct teams to the right area in short order.

“I’m thankful for the tremendous collaboration and teamwork of everyone involved in our searches — from radar, to the AFRCC controllers, support from our data sources, the local SAR planners and actual searchers in the field.”

“I’m thrilled to see our number of saves increasing and look forward to a continuing the trend,” Ogden added, noting that the team is expanding its membership, improving processes, exploring new technologies and using software tools that enhance capabilities.

“I’m proud of the contributions CAP provides to the search and rescue community. It’s rewarding to be a member of our great organization.” 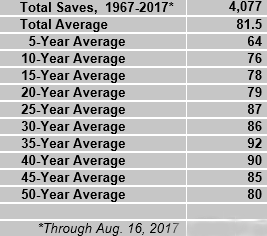 Average number of saves per year.

According to Hoff, Ogden took a concept not a lot of people believed in and single-handedly made it one of CAP’s biggest SAR assets.

“We’ve worked with a few agencies that had prior poor experiences using cell phone information during a search. Having their opinion about the viability of utilizing cell phone data to create a search area after working with our team is certainly satisfying. They’ve gone from skeptics to putting us on speed-dial.”

Ready noted that Ogden’s unique and innovative use of tools — mostly software he created — can process data in minutes. “It’s not uncommon for us to be running multiple missions simultaneously which would have been virtually impossible a couple of years ago,” he said.

Both the cell phone team and NRAT are national assets, with members from across the country. “One benefit of having such a diverse team is there is usually someone up for the late night or early morning missions,” Ready said. 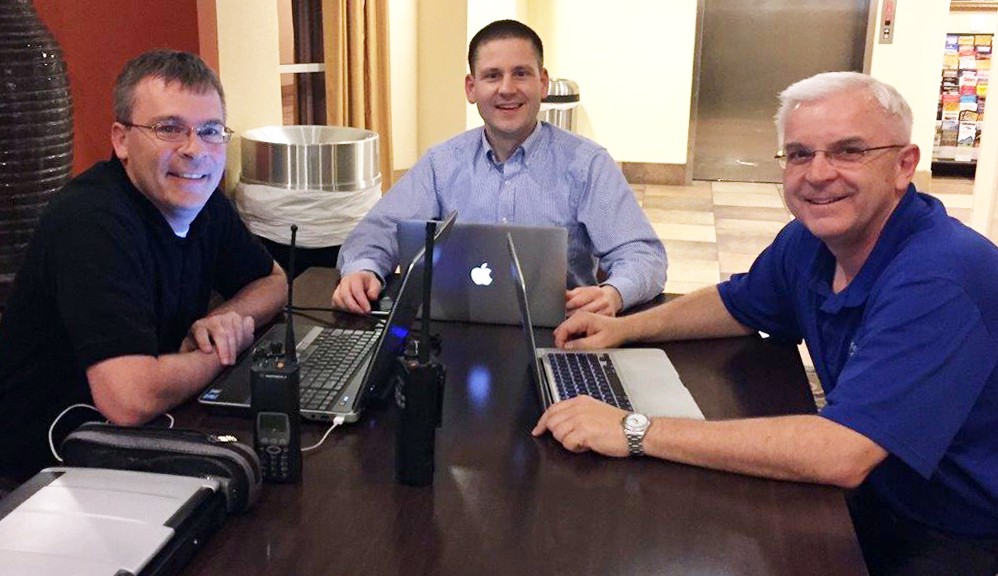